Recognize any of the following names?

I was eleven years old in 1991 when The Silence of the Lambs opened in theaters.   Jodie Foster’s doe-eyed, frail-framed, FBI agent-in-training heroine and her sadistic counterpart, Hannibal Lector, captivated the nation.  Consider me one of the enchanted.  Every other psychological thriller I’d ever seen (not that I’d seen many) centered around a male anti-hero, usually a prickly, rough and tumble type who played by his own rules and brooded almost as well he beat up criminals, but who possessed some modicum of moral integrity way down deep in his alcoholic soul.  Or, I’d seen the quirky, somewhat hapless but charming detective, the Jim Rockford.  Enter Clarice Starling into the mix, a strange blend of fragile and fierce, of female empathy and intuition and male pragmatism, a protagonist so compelling even the cannibal rooted for her to find the serial killer and save the girl.

Save the girl the girl detective did.  Who can forget that final chase scene?  Clarice pointing her gun wildly into the dark cellar, blind and breathing shallowly.  The killer behind her in infrared goggles and no shirt reaching out to brush her hair with his fingers.  The click of his gun cocking, her quick, wide-eyed 180, the blast after blast after blast of her weapon firing into his face.   I still cover my eyes, and I’ve seen the film too many times to count.

The girl saves the girl.  Finally.

He pulled his chin in toward his neck and said, “Ugh.  The most violent, horrific, upsetting stuff on TV.”

Game of Thrones notwithstanding, he’s right.  Often, I can’t sleep at night after indulging in one too many episodes.  But still I come back for seconds and thirds.  I’ve always eaten up the books and television shows and films that go deep into the darkest places of the human psyche and its physical enactments of terror.

Why?  I think the trick is in the girl saving the girl thing.

I’m drawn to the female detectives most as though Clarice Starling spawned something by depositing her little crime thriller eggs into my young psychic sea.  In the past, and even now when I watch more current crime thrillers, I could only see myself reflected in the victim–almost always a young, attractive woman and almost always coveted by the killer for her perceived sexual or intellectual power over him.   I was the victim in all those old versions, and I had to wait for a man to save me.

The delicious complication in a murder story where a female plays the lead–the thing that keeps me at the dinner table–is that I get to see myself reflected as both victim and savior.

As a potential victim, I have another woman on my side, investigating usually by studying character and trusting intuition in direct contrast to the deductive reasoning made so popular by Sherlock Holmes.  She sacrifices to save me–she sacrifices her respect, her relationships, her body (it’s no wonder, really, that it took so long for women to be written into these roles since, at least historically in fiction, they’re so good at self-sacrifice).  And my savior, while usually solving the case, remains helpless to salve any wounds.  Justice she achieves, but she cannot save anyone from the wreckage of trauma, even herself.

What I mean is: I save me.  I even have the right name for the job.  Casey Fleming.  Clarice Starling.  Sarah Linden.  Notice that all these names are trochaic, four syllables.

And I don’t know.  It’s oddly reassuring to me how completely messed up these ladies always seem to be even while we, the audience, trust them to keep going, keep thinking, keep pushing until they’ve solved the case and, hopefully, saved the girl.

It means no matter how messed up I get, no matter how many times my superior takes my badge and weapon from me, I can still save myself, no gun needed, just my moxie and my smarts.

In the female detective’s spiritual world, she lives haunted by the victims and the victims are disproportionately women and children, not the lions but the screaming lambs of God.

In that kind of spiritual world where I occasionally feel trapped, maybe a broken and hellbent lady cop is just what the doctor ordered.

Or maybe I should try sitcoms.

PS Of all the shows I’ve devoured recently, Top of the Lake is best.  Jane Campion, queen. 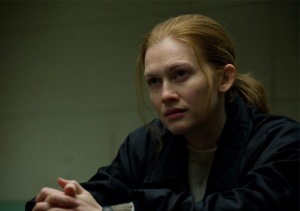 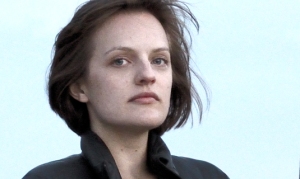 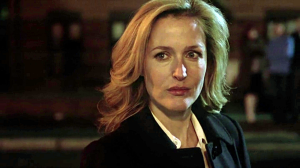